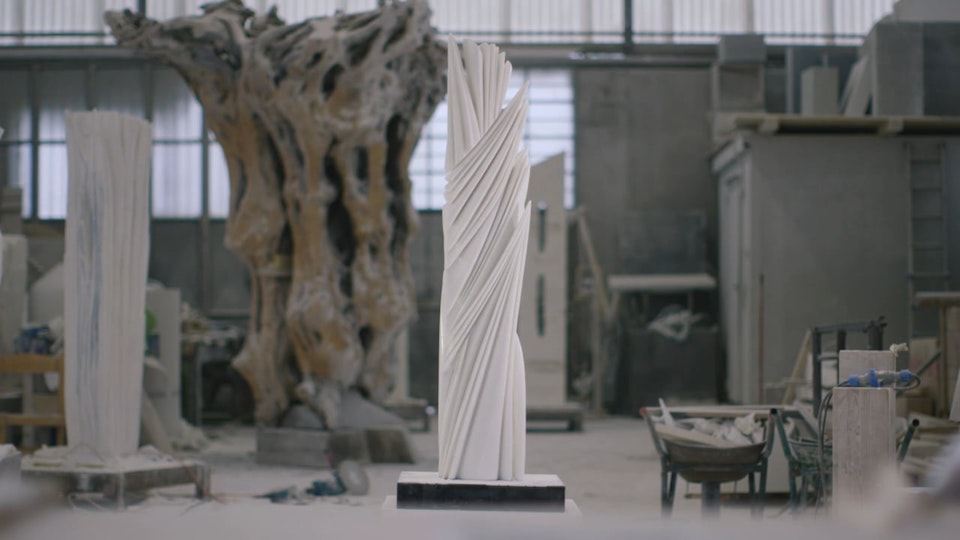 ”When I started to work as an artist, I realised very quickly that I had no other choice but to become a sculptor.”

Covered in marble dust, the Uruguayan sculptor breaks off from his labours in his adopted home of Lecco on the shores of Lake Como to talk Carrara marble and Michelangelo.

Encouraged to pursue an artistic career from a young age, Uruguayan artist Pablo Atchugarry formed his first sculptures in cement and iron in the 1970s. The Montevideo-born sculptor began working in marble in 1979, following his first solo show in Lecco, Italy, a year earlier, and exhibitions in several European cities. In 1982, he carved his first monumental sculpture in Carrara marble.

Read the rest of the article here.